Can “controversial” co-living be the antidote for our pandemic afflicted Cities?

Cities. They used to be the centre of the universe, but is the pandemic making people rethink their desire to be part of the bright lights and hustle and bustle of city life?

Over the past few months, there has been much press about migration from our cities. Freed from the shackles of the physical office, we have seen a so-called exodus to the countryside in favour of space, gardens, fresh air and leaving behind the daily commute.

In April, the number of London homebuyers registering with estate agencies outside of the capital almost doubled, according to Hamptons International.

But who are these people?

It has long been known that during times of adversity – plagues, 911, wars - the wealthy have had the means to pack up shop and relocate to safer, cleaner and more civilised areas.[1]

Nearly half of wealthy individuals may move out of cities permanently, according to a survey of 3,750 wealthy investors by Swiss bank UBS, whilst seven in 10 say they will reduce travel and trips to the office. For many this means spending more time with their families.[2]

Some are already putting their plans into action. In the UK, country houses priced over £5 million have seen the strongest price growth of any property type in the country according to Knight Frank. Their value has shot up 1.2% in the second quarter of 2020, with 137% new prospective buyers for prime country houses.

So, where does that leave the rest of the population and what about the longevity of our cities?

Even before the impact of the pandemic, net migration out of London was already increasing. In 2019, net outbound migration from London stood at 30,000 – meaning that for every nine adults moving to the capital, 10 were moving out. This is the equivalent of losing 83 workers every day.

A recent study by Totaljobs, which combines analysis of ONS data as well as the views of 2,000 UK adults, highlights that government restrictions are causing many to reconsider their careers, assessing what they need in their work and personal life with 38% of Londoners now reconsidering where they will live as a result of COVID-19.

Better job opportunities (36%), a job offer (30%) and the London lifestyle (27%) were previously top factors for people moving to the city, according to Totaljobs research prior to the COVID-19 pandemic.

Will this still be the case with remote working having become more acceptable and potentially the norm?

Before lockdown, only 27% of Londoners intended to live in the London for the rest of their lives. Following the pandemic, this desire has dropped to 20%.[3] In fact, 26% of Londoners now want to move out of the city earlier than they had originally planned. With offices across the UK sitting empty as many workers swapped the daily commute for home-based offices, remote working has meant 1.6m Londoners (26%) who have worked outside of the city during lockdown want to continue doing so.[4]

Nationally, 37% of 18-24 year olds nationally say that long-term flexible working would encourage them to move. For Londoners, this is even more of a gamechanger. 43% state that if their London-based employer offered them flexible or remote working, they’d be encouraged to move out of the capital. Moving plans have previously been put on hold for 38% of Londoners, due to job commitments.

More broadly across the UK, 27% of people living in urban locations have been working from home since the outbreak, and don’t want to return to working in their city office. 18-24-year olds across the UK are the most likely age bracket to be reconsidering where they want to live (32%), with 25-34 (31%) year olds following closely behind.

And yet we are seeing physical evidence to contradict the forecasted exodus.

You only need to take a walk through the bustling streets of Soho to see that “a eulogy for the city is highly premature” (eloquently put by PWC[5]).

We have seen swarms of people coming together to socialise, partake in food, drink, conversation, shopping and culture; even with lockdown restrictions in place. 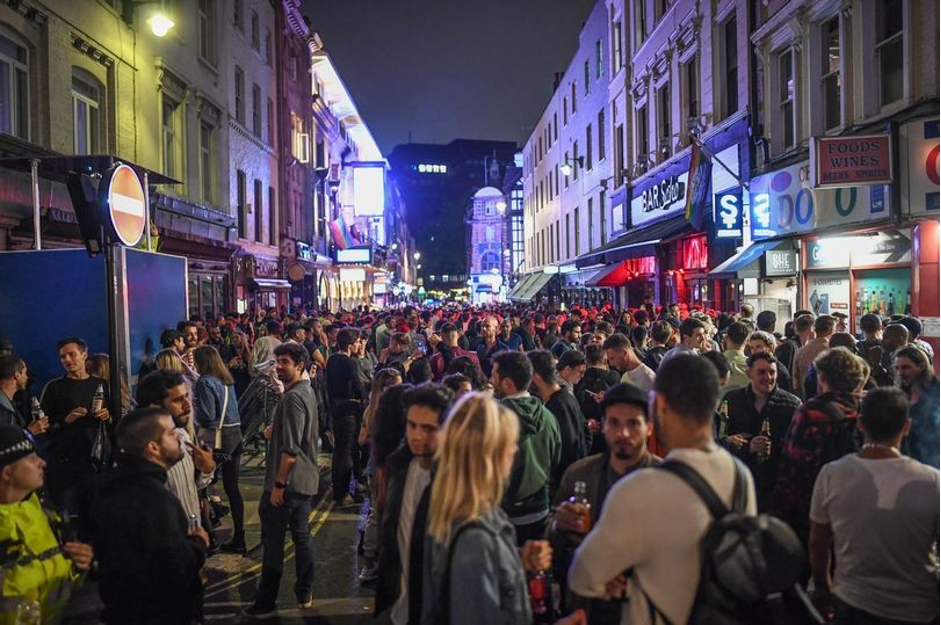 More than 80% of global GDP is generated in cities[6], 55% of all people live in urban areas and the United Nations still predicts this to rise to nearly 70 per cent by 2050.[7]

We believe that continued urbanisation, coupled with the successful deployment of a vaccine, will see cities coming back to life, regaining their stature and once again being attractive places to work and live.

So, can we conclude that whilst many are considering their options, the reality is that many actually leaving cities are middle-aged, middle-class and most likely part of a nuclear family? People that don’t have to worry as much about work opportunities, with established social circles and who are less focused on trying new things and meeting new people.

This “new way” of living currently makes up a small but growing proportion of the UK’s rental market. According to the most common definition, purpose-built co-living buildings provide relatively small individual apartments with access to shared amenity spaces. Residents are also encouraged to be part of the community and attend things like events, fitness classes and workshops.

Co-living is many people’s worst nightmare.

The detractors say you don’t get enough personal space, the apartments are poky, and the community events are cringe-worthy attempts at forced fun. They also think that co-living is a fad rather than a long-lasting trend.

Having a private study and a big garden might be the most important thing for some – but younger people are more concerned about being part of a community and not missing out on all the opportunities that a world-class city like London offers.

Lockdown has been a lonely experience for many young people with those aged 16–29 far more likely than the 60-and-over group to report chronic loneliness[8]. In addition, the practicalities of lockdown have taken their toll - they might have been living in a shared house without a living room or garden or forced to work on their bed as they had no space for a desk.

Purpose-built, quality and affordable co-living can be an antidote to this kind of isolation

In a recent LinkedIn survey, Conductor asked its followers what immediately sprung to mind when they thought about co-living. Of the 60 respondents, 40% said a “place with strong community” and 35% said “shared amenity spaces”. The logic prevails, create “watercooler” moments and community will organically flourish. Only 18% stated “micro-apartments”, perhaps showing a shift in attitudes in the industry and just 7% responded “live alone without loneliness”, which as a business we feel is an area that needs more research – the benefits of co-living on mental health.

In these uncertain times, it makes sense that the younger generation want to live somewhere they can meet new people and have a nice environment to work from. If that means living in a small apartment, many will see it as a good trade-off.

Co-living is currently pigeon-holed as being for millennials, but as this urbanisation trend continues, it has the potential to grow beyond its current narrow definition.

We see it encompassing student accommodation, later living, and everything in between[9], encouraging interaction between people who don’t necessarily share an age demographic, but have similar values and interests.

We are only human, we long for interaction with others

Have you noticed longer than average conversations with the supermarket checkout person? This year, the importance of having a supportive community around us has come to the fore. As we tire of the virtual meet-ups and endless Zoom quizzes, we all realise how easy it is to feel lonely in a digital world.

When you think of it like that, co-living isn’t a new idea at all. In fact, it’s a very old one. As far back as the time of hunter-gatherers, humans would share food and resources with the people around them, helping each other out with the basic tasks of life such as cooking and raising children as ‘part of a village’. At their best, co-living developments will take that inherent sense of community and redefine it for the 21st century.

The opportunity for developers

If developers grasp on to co-living now, they have an opportunity to be trailblazers and reap both economic and social returns.

There is clear demand for this asset class. Nowhere is this reflected better than in the co-living developers raising funds for ambitious expansion plans.

For example, recently, Danish co-living start-up LifeX raised €6m to continue rolling out its ‘Nordic feel’ shared homes in European cities and our friends at Node secured a €300 million deal to grow its European activity via a JV partnership with independent alternative investment manager Intriva Capital.

Listen first, understand and then evidence

The key for operators is to understand their location and evidence demand from their audience, helping to shape and develop their product and deliver spaces and places that people really want and love. Co-living only works in specific settings, you can’t just build it anywhere and hope that it will be a success.

If co-living is to succeed, it must include different uses – a phenomenon referred to by urbanist and co-founder of city-making consultancy Blossity, Jorick Beijer as ‘Jenga style’ living. Creating places where people can live, work and shop makes for a lively atmosphere, and inviting the public in, prevents the building from being cut off from its surroundings.

As we start to reshape the way we live and work after the pandemic, co-living can become more than an asset class for a certain demographic. Instead, it is a vehicle through which cities can thrive, communities can become more united and urban loneliness diminished.

The developers and operators who forge this path are going to be met with a lot of challenges. But for the ones who get it right the social, economic and reputational benefits will be vast.

We would love to hear your thoughts and views so please get in touch.

by Charlotte Constance, Founder of Conductor 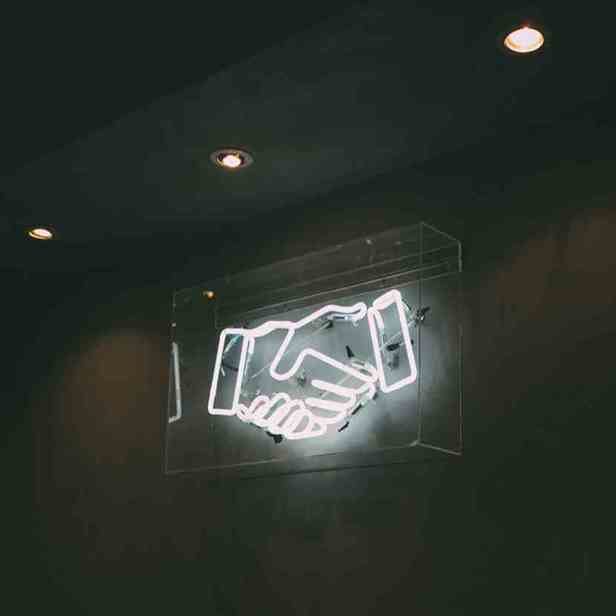 Trust is the essential ingredient in customer experience. 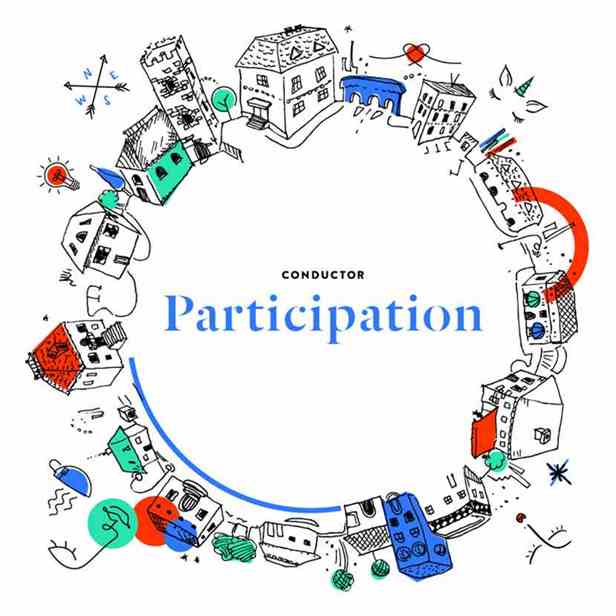 The 8P’s to Cultivate a Great Place

What makes a great place? 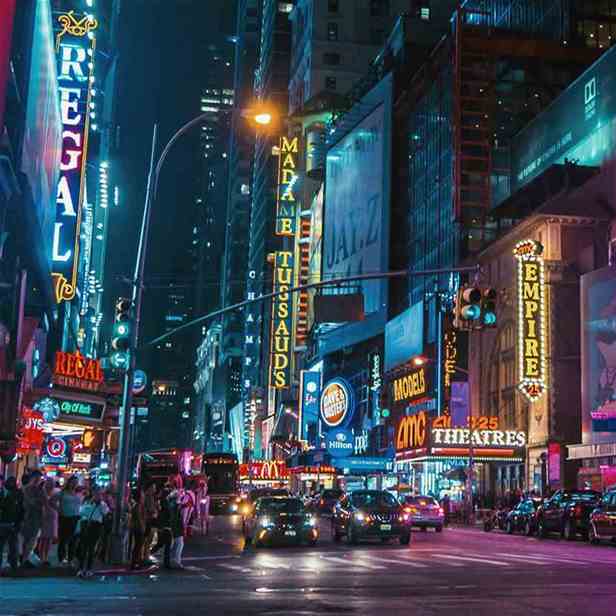 Your brand in a time of uncertainty

Our insights to ensure your brand thrives now and in the future.