The rise of co-living

Charlotte Steedman, Founder of Conductor, and Anil Khera, Founder and CEO of Node, the first global boutique co-living provider, are joined up in their quest for delivering housing that is representative of the global citizen of today. The two sat down to discuss co-living and co-working, the correlation between the two and the viability of co-living in the long term.

Charlotte: Do you think co-living is a new phrase that has been coined for something that has always been around in some form or do you think attitudes have changed?

Anil: Co-living has actually been around for centuries, just under different guises – look at boarding houses, HMO, SRO, student dorms, monasteries, artist co-ops and even the Kibbutz. However, today’s co-living communities take a modern format, which is aimed at residents who live increasingly urban lives, are globally mobile, yet cost-conscious.

Charlotte: What are your thoughts on the recent surge in popularity of co-living?

Anil: The growing popularity of co-living today is a response to demand from the next generation of renters.  These residents are looking for more than just a smart flat or apartment – they want to be part of a unique and authentic community in a central and creative neighbourhood and have a cost-effective housing solution that embraces the sharing economy.

Charlotte: Do you think demand over the world for co-working environments has driven the global increase in co-living spaces?

Anil: There are definitely some similar drivers. Co-working and co-living are sister industries that tackle some of the same issues. However, there are significant differences in how operators create co-living communities. With co-working, there are a huge number of empty office spaces around the world where an operator can simply sign a lease and in 3-6 months, they could have a space ready to go – this is why there are now 14,000 co-working operators globally.  With co-living, there are no equivalent residential buildings around the world sitting empty and ready to occupy. The spaces have to be created or converted, and that involves navigating a much more complex landscape.  This is why even the largest co-living operators today, with ample funding, have a presence in only a handful of locations.

Charlotte: In your view, is co-living a step in the right direction in helping to solve the housing crisis in the UK?

Anil: Yes, but it is only one of many potential solutions which needs to be implemented.  Creative, dynamic cities in the UK and around the world have experienced an unprecedented wave of urbanisation and population growth, but at the local level have been unable to implement effective policies that promote the right type of housing stock for the right people.

Co-living is one cost-effective solution that targets younger urban professionals and creatives who are typically moving to big cities for the first time or for a first job.  So this is a type of housing for a specific cohort, but by no means the silver bullet answer to the crisis, and we need more policy changes to encourage the development of all types of housing stock.

Charlotte: With Facebook building on-campus housing for employees – can you see co-living environments becoming an employee perk in the future?

Anil: In my opinion, on-campus corporate housing is not the solution or the future.  We think this will be very limited and really targeted at transient employees, those on internships/work rotations and as a temporary housing measure for new employees relocating.  There are also very few companies that own land large enough to execute this. We also believe it’s good to have a clear divide between work and home.  The separation is healthy and can allow people to relax and have an independent creative lifestyle with a different group of friends with which to socialise and meet people without a corporate agenda when at home. You wouldn’t want to live and work with that overbearing boss or that annoying colleague!

Charlotte: Where do you think the next emerging co-living market is and why?

Anil: We see the need for a globally connected co-living community across the world, in more than just the London’s and New York's. Our generation is the first to have so many people feel that they are global citizens and part of one world and humanity.  When we launched Node in four countries in our first year, we had calls from people from every continent saying we should come to their city.  At the end of the day, people in urban cities have the same needs for community, be it in Asia, the Americas, Europe or Africa, and with the increase of urbanisation and global mobility, this trend will only increase.

Charlotte: Do you think co-living is something people will do long-term, or just for a handful of years, e.g. post-university? Do you see the trend catching on for people who have partners/children, or is it exclusive?

Anil: Long-term but in a variety of contexts, there are already different models of co-living for all stages of life. There have been great mixed generation communities in the Nordics and Asia and, of course, there are other residential models like co-ops in New York or co-housing in Germany, that target families and are ownership-based models. We also have senior living and assisted living that is well established in the UK and North America.

All of these are forms of co-living and it’s good to have a variety, after all, there are 7 billion people on the planet, and we are not all the same.  Diversity in the market is key – it can be for people of similar cohorts but also mixed housing across multiple generations and socio-economic backgrounds is really healthy. All of these formats serve a different need for people at different stages of life.

Charlotte: What are your views on co-living versus micro homes?

Anil: It is good to have both, but not to confuse them as being the same.  Co-living is like saying ‘house or hotel’ – it comes in many varieties and the industry hasn’t really segmented itself as it is still in its infancy. At Node, we tend to focus on the longer stay segment where residents plan to live with us for six months to many years.  We offer larger 1-4-bedroom apartments as people need more space and privacy if they are staying long term, which also gives them more time to create a community organically.  Other co-living operators are embracing the micro homes model – but they tend to be similar to serviced apartment operators where you can rent for days, weeks or months.  This is a great alternative to a serviced apartment or hotel where there tends to be no connectivity with other residents. However, it’s hard to think of micro-housing as the solution to the housing crisis – simply putting people in 100-200 square foot apartments permanently cannot be the answer.

Again, the importance here is having diversity in housing options for the various types of people living in our cities, whether short term or long term and giving them a good quality of life experience.  This is what cities will need to do to compete for talent – offer a great lifestyle and quality of life with a variety of accommodation options at an affordable price. 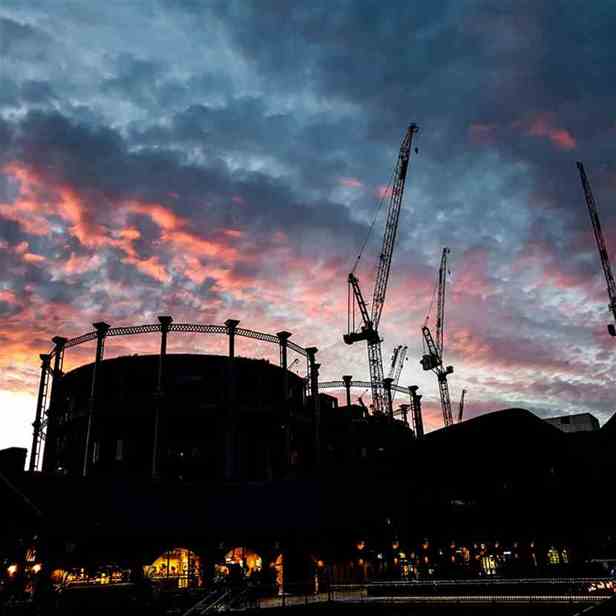 How to ensure successful regeneration