Participation in the development process

In her seminal work, the renowned social policy reformist Sherry Arnstein who worked under the Kennedy and Johnson administrations posed the question: what is citizen participation and what is its relationship to the social imperatives of our time?  To examine this question she developed a ladder of participation that succinctly captures its different depths, moving from non-participation through tokenism to citizen control.

This representation laid bare the challenges facing disenfranchised communities and the ways in which public agencies were perpetuating subjugation, forcing community planners to acknowledge planning as part of a larger democratic process and make changes to their processes. 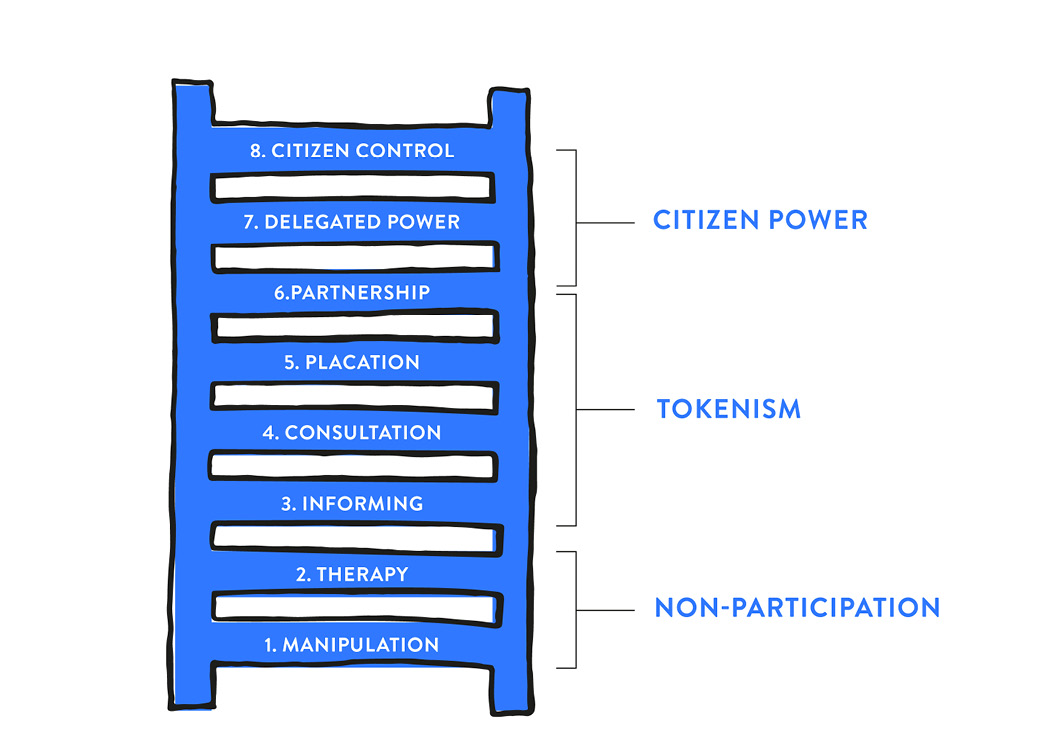 While it is now 50 years since the paper was written much of what Arnstein presents is still highly relevant and equally applicable beyond the public sphere. Particularly the assertion that the bulk of participation does not reach higher than the middle rungs of the ladder. Standard practice in the development process is a community engagement campaign that looks to dictate a message rather than engage the individual to truly shape the development.

A caution must come with this knowledge, however, as although it is therefore tempting to aspire to unilaterally climb higher up the ladder to the more idealistic realms of citizen power, as Arnstein warns, this should be approached with caution.  In the case of the property industry, for example, it should be recognised that it is not always ethically or practically possible to have full citizen control during the development process, e.g. technical design or during construction. Yet there is still enormous opportunity for greater levels of participation throughout the process.

And now is a very good time to bring this increased level of participation into practice with the world changing so rapidly and the way we interact with spaces being constantly redefined. The rise of globalisation has led to modern nomadic society, one that is transient in nature with its roots increasingly embedded in the digital ether rather than the physical environment. However, despite this shift, we are still physical beings. We interact with the spaces we live in, they shape and define us and in return, we shape and define them. From the agora of Rome, the English coffee houses of the 17th century through to Tahrir Square, the spaces around us provide a platform for society to grow, learn, love and ultimately thrive.

However, across recent history, society has become increasingly disconnected from the spaces around us. The rise of spikey cities and the sharing economy has led to fragmentation between people and place and the sense of ownership and even more importantly stewardship has diminished. It is because of these societal shifts, that participation is even more important today.  For society to thrive, we know that people have to have a sense of belonging, to participate with the space around them and create a sense of ownership and responsibility.  When all this happens the individual benefits from the improved well-being that comes with a greater sense of purpose and then almost like magic the economic benefits start to flow as the community gains an identity that retains its current participants stimulates investment and draws many new people to the area.

Returning to more microfocus, if we take a look at one small element of the development process, we can see even on the practical level increased participation can help improve the efficiency of the planning system and improve the rates of a successful planning application.

A recent report by the Think Tank Demos suggested that currently, public participation can increase the likelihood of a development obtaining planning approval by 10%.

Diving further into the research they also found that only a minority of homeowners (42%) support new homes, compared to a majority of renters (60%). Interestingly the majority of homeowners (56%) have engaged with the planning system, compared to a minority of renters (29%). This report serves to highlights one issue with the current participation practice in the industry, an underlying bias in the consultation process. Just imagine what that 10% could become if more thought went into obtaining truly representative participation, and not just those with a traditional economic tie to the area.

So why does this happen, it’s because a lot of the current participants, often homeowners, feel a connection with the place. They have a tangible vested interest in the space, frequently they are older and wealthier with greater free time, and they have the ability and platforms to articulate their views. But they typically only represent one side of the argument, often risk-averse and lean heavily towards protecting the status quo.

On the other side of the equation are the less well-off/socially disadvantaged, the young, and the growing renting community.  The drivers of their non-participation range from; the mechanisms for engagement not being transparent or aligned with their demographic, disaffection with the bodies that run these processes, and the lack of education of the potential upside from being involved.  All of these elements affect both the ability and the motivation of important groups who stand to benefit the most from the change being debated and whose increased wellbeing could make the greatest positive impact on their communities. As we have seen society is changing, the way people are interacting with space is no longer what it was. The traditional ties that once connected community and space are breaking and we have to find new ways of forming synergy between people and places, participation will be key to this.

The case for encouraging increased and more representative levels of participation is substantial.  It is time that the flaws in the system were addressed and creative approaches were employed to make applicable to the modern-day way of living and communicating.  Using smart technology, reducing the bureaucracy and engaging the disaffected are just a few ways in which we will be able to significantly improve participation and increase the successfulness of planning application beyond the current 10% figure. In so doing we can address one of the critical steps in bettering the places and spaces we live in and helping all who interact there to thrive.

Back to Thrive Series

Thank you for your request,
one of our team will be in contact.

Sorry, an error has occurred. Please try again or get in touch at hello@conductor.london 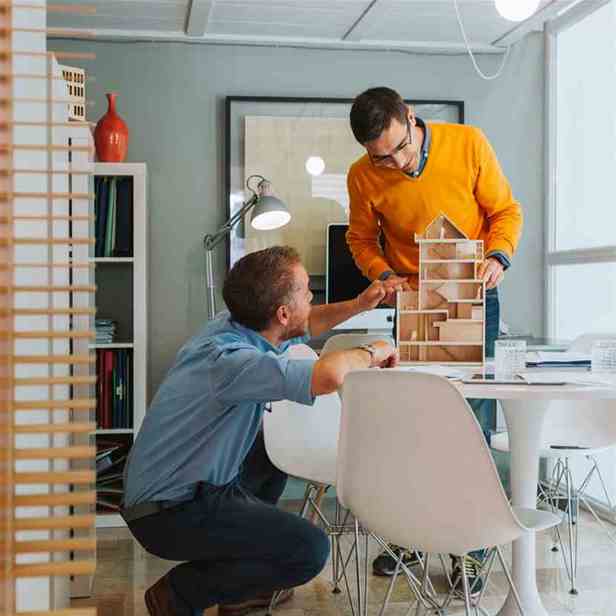 The lessons of today and a look to the future

The needs and wants of our participants is a priority.